Android got Thumbs to play :)

Sonyericsson’s rumored psp phone has been named finally and now we know they call it Xperia Play. The phone is based on Android OS and has dedicated gaming keys. While most people like typing on touch-screen, it’s not a bad idea to make a slide out game controller in your phone.

The promo video is rather interesting :

SonyEricsson’s Android based PSP phone caught on video for us. This is really exciting to finally see a phone with dedicated gaming keys. Playing games on touchscreen is fun but the conventional gaming keys have a lot of value. The phone has the four direction keys, four action keys conventionally found on the PSP and a few more controls. The touchscreen, accelerometer and orientation sensing adds loads of value on top of the Android operating system.

END_OF_DOCUMENT_TOKEN_TO_BE_REPLACED

PSP Phone on its way

PSP gamers can now rejoice as they do not have to carry a cellphone as well as a PSP. SonyEricssson’s android based gaming console mobile phone has been spotted as posted by this Mobile Crunch post.

The device clearly runs on Android OS and has a slide out controller. I really like the idea as I always hated the slide out keyboard on droid, while the on-screen keyboard is a breeze. PSP phone is expected to download the games that run on this device off an independent game-store, which possibly means that this device will have two different app-stores. PSP (whatever) store for games and android market for normal android apps and games.

I’m sure these early shots are showing just an early version and the keypad etc will get better with time and the actual release will have a better game-pad section. No release dates, model numbers or other information is available except the fact that it will have a 1Ghz Qualcomm processor, 512 MB ram, 1GB Rom and a Micro SD slot.

Micro-USB One charger, all devices. 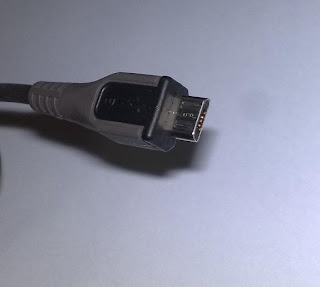 It seems that the mobile industry is moving toward a universal charger, and micro-usb connector will take this seat. The standardaization is supposed to start from Europe and will eventually be adopted, possibly, by the rest of the world. Micro-USB is more sleek in size and has the same capabilities as more commonly seen mini-USB. 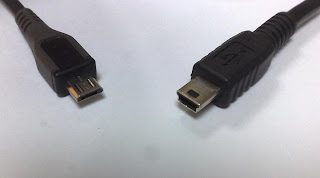 Micro-USB (left) vs Mini-USB (right)
RIM, the manufacturers of BlackBerry devices, has already committed to micro-usb type connectors that work both as a data transfer as well as charging slot. Also, there several latest models of Nokia that charge on a Micro-USB charger. Several other phones also use them, off and on in different models as their charging and connectivity means but this time it is different.
European commission now, has the backing of inustry leaders and they’ve signed an M0U to support micro USB as a common charging slow on the upcoming devices. CTIA, OMTP, and GSM Association already back micro-USB chargers. This means that you will see more and more micro-USB based devices in the near future.
The companies that back European commission for Micro-USB and signed above mentioned MoU are Nokia, RIM, Apple, LG, Motorla, NEC, Qualcomm, Samsung, Sony Ericsson and Texas Instruments. You can see all industry leaders in the list.
.
1 Comment
July 17, 2009