4gb ram coming to the the smartphones in 2014

Samsung this Monday announced that they have developed a 8 gigabit 1 GB low powered DDR4 memory chip. The chip offers a 1 GB on a single die and uses 20nm process. It is named as Low power double data rate 4 mobile DRAM(LPDDR4). This means that the 4 GB ram phones may be coming soon which will be a formed by combining a 8GB chip to offer one single 4 GB LPDDR4 package. The ram contains the Low Voltage Swing Terminated Logic(LVSTL) which allows data to be transferred at 3200 Mbps per pin. This speed is twice as compared to the LPDDR3 DRAM and it uses 40% of energy and achieve 50% higher performance than the DDR3 RAM chips that runs on 1.1 volts.

So get ready for the 4GB ram smartphones on which you will be able to play Videos, play games, do your office works and so many things in better and faster way. So enjoy the new year with this great news.

Samsung sends a reminder to Samsung app-developers today reminding them the termination date of Symbian developer support. Samsung will no more support Symbian app development on their handsets for obvious reasons. They are pushing hard with their BADA platform on some of their phones and Android on rest of their smart-phone family. The termination includes closure of Symbian Lab.dev on 29th December, Symbian forum gets closed on 30th December and Symbian content will be removed on 31st December.

I carry an LED TV in my pocket

Remember Samsung Wave I mentioned a couple of posts ago? The biggest wow factor of the phone is the AMOLED screen. It gives me the feel as if I’m carrying a full fledged LED TV in my pocket. With amazing video player and DivX capability, the phone plays great videos and the colors are so crisp.

The video recorder adds to the feeling as it’s a 720p HD video recorder too. You can even watch the videos you recorded if you don’t have any movies loaded up in the phone as yet. BTW, Samsung wave has started shipping in Europe already. You can simply google a store that can ship you that?

I’m pretty excited to know that Nokia N8 that is also launching in next couple of months will have an AMOLED screen as well.

BA gets hold of a Samsung Wave. This is exciting. We’ve already posted the fact that the device will be available somewhere in the third quarter of 2010. We’ve managed to get hold of a preview device which runs pretty much the final version of much anticipated BADA OS.

Samsung is ready to hit back with a great device and to make a point that BADA is going to be a strong, useful and reliable platform. Samsung Wave GT-S5800 is an impressive device right from the moment you hold it in your hand. The most important features of the phone are as follows:

You can find full specs of the phone here.

My first impressions for the device and its features are:

All in all, its a great experience using the device for a few days. I will continue to post more about this device and will upload sample photos and videos soon.

There have been rumors and gossips about Samsung’s Wave, the first phone to come on Samsung Bada platform. Samsung Bada is a smart phone platform to add to an already existing mix of a number of platforms already available like iPhone, BlackBerry, Palm Pre, Nokia Ovi, Android.

Now Samsung has confirmed that Samsung Wave is not coming and it will start becoming available in June 2010. Those retailers who were taking pre-orders and were expecting the phone to be available in April will have to change their order taking page.

If you are a Samsung fan and have been waiting for Samsung Wave, you’ll have to wait for another two good months. Samsung Bada platform is also open for the developers who want to develop apps for this new upcoming platform. Samsung has been a strong platform but as a mobile apps developer, its going to be a hard question to answer: Are you ready to develop apps for a platform that will start getting into the user’s hands after a quarter? 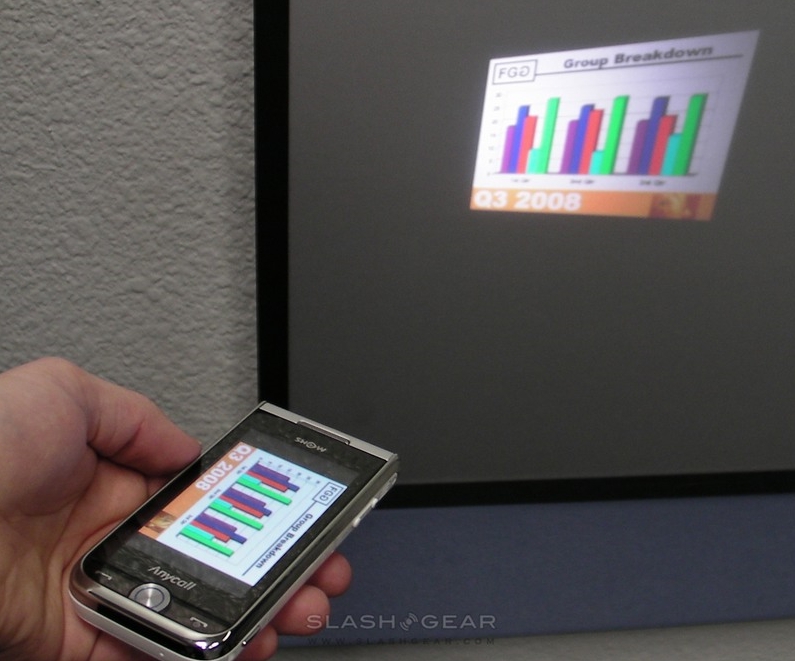 We’ve been hearing about Pico-projectors but Samsung has actually integrated one into one of their latest mobile phones. Imagine watching movies and photos over this projector, right from your mobile phone or portable media player. Bye-bye tv-outs 🙂

GSM Arena talks about this phone in their news article. Do checkout the video as well.